Seurat is given credit for starting the Neo-Impressionism movement. In his best-known and largest painting,  depicted people relaxing in a suburban park on an island in the Seine River called La Grande Jatte. The artist worked on the  beginning in 1884 with a layer of small horizontal brushstrokes of complementary colors. He later added small dots, also in complementary colors, that appear as solid and luminous forms when seen from a distance. This style of layering paint became known as Pointillism. Seurat was interested in line and color, color theory, and optical effects, all of which formed the basis of Pointillism.

-Painting using short or varying strokes of paint - dots or dashes.
-New colors are made by optical mixing, not by mixing colors before painting.-Layer colors on top or next to each other to create optical mixing - yellow next to red makes orange when viewed at a distance.
-Landscapes were one of the main subjects.
-Images did not have to be hyper-realistic, but images were recognizable. 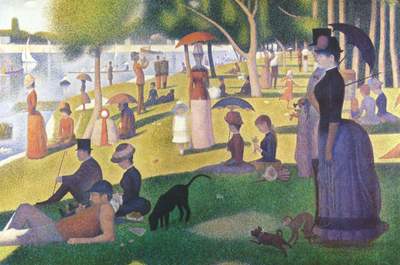 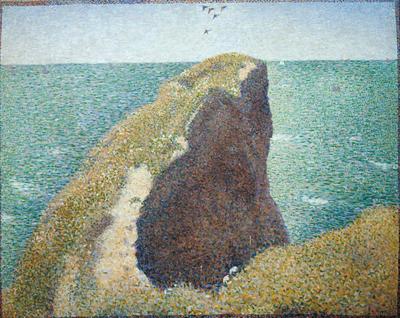 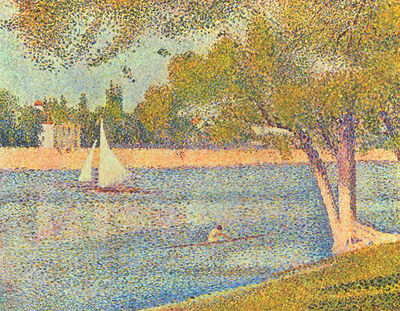 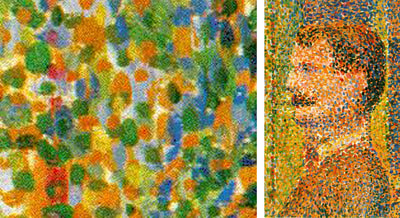